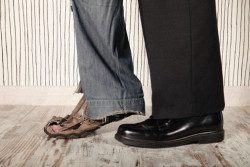 “Given a choice between the possibility of becoming rich, and a guarantee that you’ll never, ever become poor, which would you choose?”  It’s a question that I often ask attendees at our seminars or in our early interviews.  Given the widespread popularity of Powerball these days, one might assume the former, but 80-90% of those in attendance say they’d prefer a guarantee that they’ll never run out of income, even in old age.

Here’s a second question: “Would you be willing to give up some of your gains during a bull market, in exchange for never, ever losing money during a bear market again?  The answer is almost always a unanimous “Yes!”

So how does one achieve these two seemingly too-good-to-be true outcomes; first never losing money in the market again, and secondly never running out of paychecks even in old age?  The answer lies in the third silo of what we call The Three Financial Silos of Retirement. 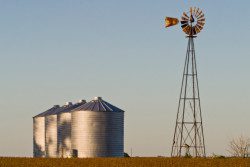 Those of us with even a basic knowledge of farming know that a silo is where one stores a harvest for future consumption.  Our firm recommends that our clients simplify their holdings into three such silos: Possibility Money, Probability Money, and Certainty Money.

Possibility Money: One of the key questions that I ask each new client prospect during their initial interview is, “What percentage of the money that it’s taken the two of you 40 years to save, could you comfortably afford to lose—without impacting your planned retirement?”  This is money wherein growth is possible, but not as probable as, say, an S&P 500 index fund held for over 20 years.  Their Possibility Silo contains speculative investments such as IPOs (initial public offerings, i.e. young companies whose stock is going public for the first time), penny stocks, limited partnerships, and high-risk or “long shot” ventures that often lose money—but in which the investor hopes to score big, at least in some of these holdings.  In short, Possibility Money is money you can afford to lose all of—without having that loss materially impact your planned retirement.

Probability Money: As mentioned above, these are dollars which, while still exposed to a modicum of risk, are probable to return historic yields—so long as the funds have a long enough time horizon over which to do so.  This silo could include ETFs, Index Funds, dividend-paying blue chip value stocks held over a long duration, utility stocks, preferred corporate bonds, and other similar assets.  While such instruments can and have lost substantial value in recent decades, they have also made money for those who’ve held them over longer time horizons.  For retirees, these are moneys that a 65-80 year-old is essentially managing more for their adult children’s benefit than their own, hoping not to have to need the proceeds themselves.  Now for the fun part…

Certainty Money: “What if I told you there was a financial instrument in which you could receive a portion of the market’s return after a year of gains—but never lose that gain or your principal next year amid the market’s substantial losses?”  Let’s take it a step further: “What if I told you that this instrument could also guarantee you that if someday you depleted your account, the financial institution would continue to mail your monthly check, even if you lived to 88, 95, or 110?”  That’s right: Your former IRA is out of money—you’ve spent it all—but each month the same income check arrives in the mail just like it always did.  It’s called an Index Annuity with a GLWB feature, and it’s rapidly becoming the favorite core holding—yes, the Certainty Silo—of baby boomers approaching or newly in retirement, especially as they’ve continually watched Wall Street gain and lose, gain and lose, fearful of the next crash.  That GLWB stands for Guaranteed Lifetime Withdrawal Benefit, meaning that the check you receive keeps coming, even after you’ve depleted your original account and all of its gains, as long as one of you is still alive.

Obviously, there is no “perfect” investment for all of your money, and every retiree should have a broadly diversified portfolio of many holdings, hence our three silos, not just one above.  Still, when certainties can out-earn and outlast possibilities and probabilities, that guaranteed third silo usually becomes the biggest and the favorite of the risk-weary retiree.