Early this morning, America witnessed an unprecedented and historical political upset in the election of a “blue collar billionaire” in Donald J. Trump to the Presidency of the United States.  The screenshot above shows the counties won by Trump in red, along with the counties won by Ms. Clinton in blue, truly a stunning level of dominance given the victory that was supposedly assured the former secretary.

In addition, voters came out in record numbers to also keep Republicans in the majority in the Senate as well as the House of Representatives.  Trump and his Senate colleagues will pick the next Supreme Court justice or two or three, as the older guard of the left retires in old age.  Obamacare, one of the most burdensome, complex, and increasingly expensive pieces of legislation in American history will be repealed and replaced, as will legions of regulations that have strangled small business, large corporations, and everyday Americans of all ethnic backgrounds.  Finally, hopefully, we will no longer punish or stigmatize success and hard work, but rather celebrate and encourage it again, via a simpler and more just tax code.

Trump was out-spent by 800% and, as was revealed in the Wikileaks emails, even had

the major media outlets arrayed against him, yet even a flawed messenger couldn’t dilute the right message, as record turnout occurred across the nation.  Trump won the Reagan Coalition, blue collar Democrats, union workers, and a much higher percentage of women, black and latino voters than anyone had predicted.  The mainstream media are humiliated, as is the chattering class of pollsters and know-it-all pundits who told us how to think for weeks on end.

As Reagan once said, “It’s morning in America again.”

Early this morning, our Dow futures markets were down as much as 900 points—over 7%—yet have since recovered all of that initial panic to spend mid-day well in the black again, as investors realized how much Trump’s low-tax, pro-growth agenda will benefit markets in the long term.  Like the aftermath of the Brexit vote in May, markets adjust, reflect, and regroup.  As clients, you know that you can never lose money in the accounts that you have with us, and that any gains we achieve each year are locked in and can never be lost to declining or volatile markets.  Trump’s election doesn’t change key truths about our hobbled economy, upcoming fiscal challenges, or where we are in the market cycle, and his intended policies won’t be implemented until well into 2017 and may not have an economic impact until many months or years later.  The Fed 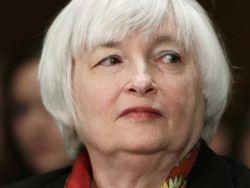 under Janet Yellen is still on track to hike interest rates at their December meeting, a move that wreaked havoc with markets this past January and February and one that will likely garner a similar reaction then.  There is still much about which we should be concerned economically and fiscally, and we will always keep you apprised of our thoughts on these matters going forward.

If any of you have questions about the election results, feel free to give us a call.  We are always here for you, and always happy to serve.