The Sky Is Falling…But Wait! 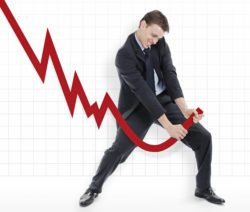 falling as much as -11.3% from its January highs, the S&P 500 just recorded a March slump of -3.2% and is down nearly -2.6% on the year. The following have weighed on the stock market in just the last two weeks:

The Dow dropped 1,300 points last week, bringing it below the post-correction value it had acquired on February 8th and was down over -11.3% from its high earlier this year.

Apart from each of these issues, the fundamentals of the underlying economy are strong. In early March, we received a robust and promising jobs report, showing a gain for February of 313,000 jobs when 206,000 was the median expectation of economists. Advances took place in mining (+9000 jobs), healthcare (+19,000), manufacturing (+31,000), and even retail (+50,000) despite the “brick-to-click” trends in the economy. In fact, construction posted the single largest increase—61,000 new jobs, despite rising mortgage rates (the average 30-year mortgage is now at 4.4%), countering the notion that as the Fed raises rates, they will stifle housing starts and new construction.  In many parts of the country, demand for new housing remains vigorous. While there are some concerns about tapering gross domestic product (GDP), i.e. the pace of economic growth, the final revision for the fourth quarter of last year was released on Wednesday at a very respectable 2.9%, up from the last revision of only 2.5%.  This means that the last three quarters have netted 3.1% 3.2%, and 2.9% growth, significantly better than the 1.48% pace that the economy averaged over the previous 8 years.  For the quarter ending today, however, Goldman Sachs, JP Morgan and The Atlanta Fed have each downgraded their expectation to an average of 1.83%, yet most economic data remains strong despite a deluge of late-winter storms in the mid-west and northeast, and compounded political tensions in Washington.

Trade War in a Tea Pot?

risk a trade war with our allies. For decades, American presidents have talked tough but have done very little to stem the theft of intellectual property by other nations—China in particular—in the areas of military technology, high-tech, and manufacturing. In China, it is culturally acceptable to help oneself to the private property of another, since their communist upbringing does not recognize private property. China pirates Hollywood movies, military aircraft, software and computer systems, and pretty much anything else they choose, and some Chinese universities even offer degrees in hacking. With a $370 billion trade deficit to China, US companies are clearly not competing on a fair and level playing field.

Trade wars have rarely succeeded or been won, yet we have over 100 tariffs in place today on thousands of products that come in to the United States, and our foreign competitors have even larger and more abundant tariffs on our exports to their shores. While most American’s eyes glaze over in response to millions, billions and trillions, it’s helpful to use a calculator and lop off groups of zeroes to put all of this in context. Toward that end, the US has a $13 trillion annual economy, and a $370 billion trade deficit with China, or a shortfall equal to 2.8% of our annual GDP.  In response to that trade deficit, the Trump Administration has announced tariffs of a mere $50 billion, to which the Chinese government responded with tariffs of their own totaling only $3 billion.  Simply put, this “trade war”, is largely a tempest in a teapot, far more symbolism than substance, probably the precursor to vigorous negotiation, and (as usual) Wall Street’s panic is likely serving merely to set up the next buying opportunity for savvy investors.

A far bigger issue, in my view, is the omnibus budget bill that no one read but a majority signed that puts us even further into debt as a nation, at a time when the Fed feels it has no choice but to continue “normalizing” interest rates and proceed apace with three more rate hikes this year and another four next year.  On that subject, Scott Minerd, Global CIO at Guggenheim Partners, discussed this in his most recent Market Outlook and tweeted, “The markets are potentially on a collision course for disaster…”  Not to be outdone, David Stockman, Ronald Reagan’s former budget director and a prolific blogger, expressed his most dire warnings yet in response to Congress’ 2232-page budget catastrophe, the actions of a hapless Federal Reserve, and the misinformed actions of the Trump Administration.  John Hussman, probably the most accurate economic and market forecaster alive today, recently predicted that our overbought S&P 500 will likely decline more than 62% through the end of the current market/economic cycle.

As Sam Stovall recently quipped, “Bull markets don’t die of old age; they die of fright… (and) what they’re most afraid of is recession.”  While none of these men believe that a recession is imminent, they all believe that the next downturn will be even more severe than the ones that stunned investors in 2000-2002 (-51%) and 2007-2009 (-57%).  This makes the recent -11.3% sell-off even more worrisome—namely if investors are beginning to flee this far out, surely that’s a sign that they will be long gone many months before an official, measurable, economic slowdown ever begins to take shape. Given this new reality, it is even more critical for retirees and pre-retirees having a sizable portion of their portfolio exposed to market risk, to “sell high” and move some of that into risk-protected vehicles.

As I’ve shared at several of our recent events, many of our clients have earned monthly point-to-point interest credits in the low-to-high teens in the last year, gains that are locked in and can never be lost to a subsequent decline. When your upside is 13-17% and higher—and your downside is zero—those are excellent odds, far better than those typical of the Wall St. casino. 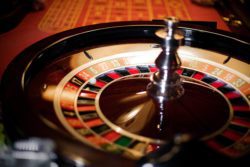 For those who haven’t yet protected their accounts, the most optimistic forecast for year-end 2018 was Goldman Sachs’ prediction of a 7% gain on the S&P 500, offset by the average bear market decline of the last 100 years, -34%.  Given a choice between upside of 7% with downside of -34%—or upside of 13-17% with downside of 0%, which one appeals to you?  If it’s the latter, and you find yourself sitting on 40 years of savings most of which is at market risk, give us a call.

As Scott Minerd also said, “There’s never a bad time to take a profit” because until you do, your gains thus far are only on paper.